“Doctor, doctor! The world is full of naked men running in all directions!”
Joe Orton’s classic farce is a sex comedy set in the consulting room of Dr Prentice, whose interest in his female patients is far from clinical.

When this physician, his wife, his secretary, a medical inspector, a policeman and a hotel porter collide, skeletons positively tumble out of the closet and the cases of mistaken identity and multiple personality pile up at break-neck speed.

Throw into the mix undressing, cross-dressing and trouser-dropping, and you have all the ingredients for an hilarious evening out. Just what the doctor ordered!

Excellent posters showing a Bamforth-type curvaceous girl made it clear, along with the warning that this was unsuitable for children, what the audience could expect. Adultery, incest, blackmail and a broken statue of Winston Churchill all feature in Joe Orton’s comedy and it still manages to be hilarious.

Unlike many farces, this one chosen by the Compton Players does not depend simply on the constant opening and closing of doors, so much as extremely funny dialogue with one-liners pouring out like February’s rain.

Psychiatrist Dr Prentice’s (Mark Bailey) attempted seduction of secretary Geraldine Barclay (Naomi Read) is accompanied, when Geraldine is asked to strip, by her announcement that her “headmistress made no mention of this in her book Hints for the School Leaver”. The seduction is interrupted by Mrs Prentice (Tracey Pearce) declaring she has been raped by a porter, Nick Beckett (Andrew Alexander) at the Station Hotel. Dr Rance (Mike Long) tries to sort out the tangled mess as characters exchange names and clothes. Eventually Sergeant Match (Nick Roberts) arrives in connection with that statue and finds himself in a rather fetching flowery dress himself.

The well-thought out set left plenty of room for the action and producer Peter Watt had directed his characters well, so that the movement, often tricky, was slick. Mark Bailey’s portrayal of the lustful doctor was patchy, often excellent, as in his fierce exchange with Dr Rance, but he needed to relax into the role. Naomi Read was superb as the young trembling girl, dressed or (almost) stripped, entirely believable.

Tracey Pearce, the lying, bewildered wife, looked good and acted well, but there were several hesitations in her dialogue, undoing realism from the flow of conversation. This was also the case with Nick Roberts’ Sergeant Match. Mike Long as Dr Rance had no difficulties and sailed through his massive amount of words smoothly – a good performance. Andrew Alexander will no doubt suffer with comments from his friends at looking completely magnificent when dressed as a girl. Like Naomi he stripped (almost) with great panache.

In spite of minor problems, the six performers coped well with the great demands that this well-chosen play made on them, resulting in a funny, saucy, entertaining evening. 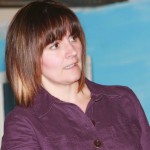 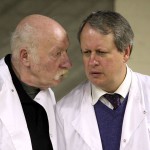 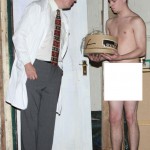 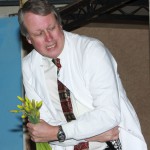 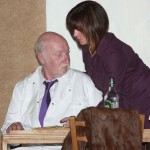 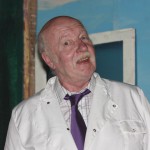 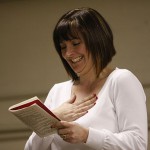 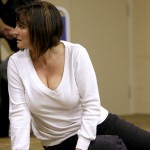 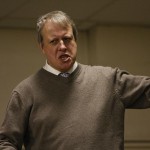 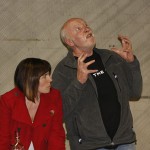 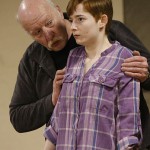 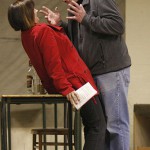 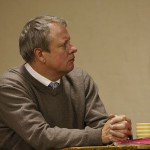 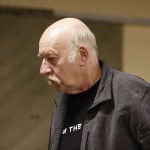 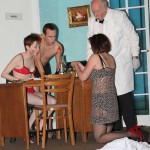 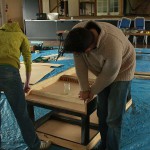 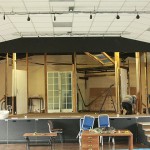 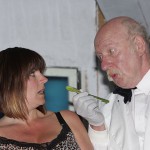 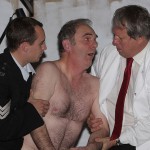 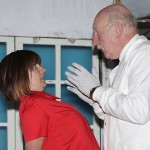 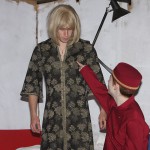 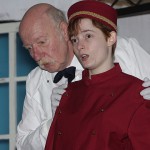 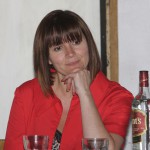 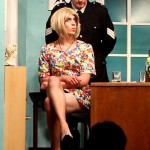 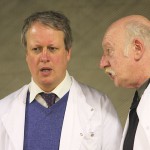