One Flew Over the Cuckoo’s Nest is the story of devil-may-care rogue Randle P McMurphy, who contrives to serve a short sentence in an airy mental institution rather in a prison. This, he soon learns, is a mistake. Charming everyone except the fierce Nurse Ratched, he stirs up the ward, striking up a friendship with a seemingly deaf and dumb American Indian. Randle’s actions have dramatic consequences; this sometimes poignant comedy drama will leave you questioning the idea of sanity.

Director Phil Prior is passionate about this play and has been thinking about producing it for a while. Now after a lot of planning and finding the perfect cast he is delighted to be bringing this classic and challenging play to our audiences. 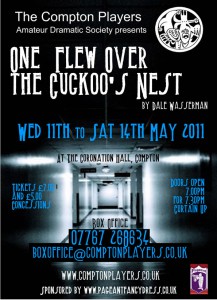 Not such a mad idea

It’s always a risk when an amateur dramatics group such as the Compton Players puts on a production of a story as established as One Flew Over The Cuckoo’s Nest. The play centres around Randall P McMurphy and the difficulties he and his fellow inmates face when living in a psychiatric hospital run by the stern Nurse Ratched.

Despite this challenge, any fears of a mediocre re-telling of the work of playwright David Wasserman and novelist Ken Kesey were diminished when entering the Coronation Hall and seeing the considered and striking hospital set that the cast and crew created.

The detail in the set established the amusing and frequently sinister tone of the production; a tone which was further highlighted by the performances of the players. Whilst it was clear at some moments that the cast were not professional actors, the characterisation and chemistry between them was fantastic.

The patients, for example, stayed in character for every moment they were on stage, their roles coming to life with constant movement and little nuances they had perfected. The same can be said for the hospital staff who remained rigid and stern throughout. Even minor roles such as the night porter and the girls McMurphy brings into the ward were greeted with warm reactions from an audience appreciative of the well-thought-out performances.

While the play shines as an ensemble piece, three actors elevated their performances with great skill; Peter Watt as Randle P McMurphy put so much conviction and style into the role that he took the audience from laughter to alarm in seconds. Liz Saxton’s Nurse Ratched, however, only scared; the scowling looks and bite she used to deliver her lines created an intimidating character. H Connolly’s fresh take on Billy Bibbit was also humorous and warm.

Phil Prior, who produced this piece, has done great work with the cast, set and special effects. It was evident that everyone involved had laboured and been directed well. Making you feel that putting on this show was never a risk. 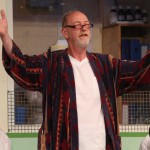 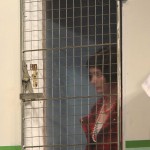 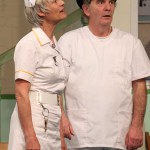 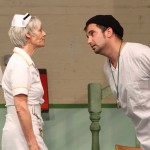 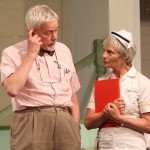 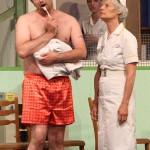 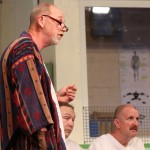 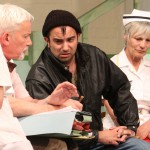 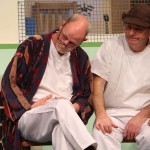 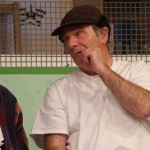 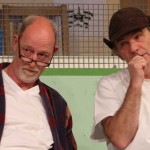 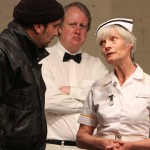 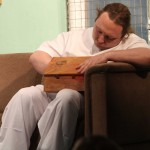 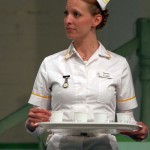