A cyclist is killed in a road accident – was Richard Medway, driving home drunk after his annual rugby dinner responsible for his death? With no recollection of the incident, Richard is nonetheless clearly convinced of his guilt and attempts to cover his tracks.

Twenty two years ago I was the cyclist victim of a road accident very similar to that described in R C Sherriff’s absorbing play A Shred of Evidence, – with one significant difference. Unlike the cyclist in the play, I am still alive and well.

That experience was very much in my mind when I went to see Compton Players’ production of A Shred of Evidence last week. The play is told from the point of view of a motorist, Richard Medway, who could have caused the death of a cyclist on a lonely road one November evening, as he returned from an all-too bibulous Rugby dinner. He has no recollection of any accident, nor indeed of much else, and to make matters worse, his car is slightly damaged. He has no idea why.

Clearly believing in his own guilt, Richard Medway begins to cover up what little evidence there is, and tries to persuade two of his acquaintances to back him up with a false story leaving himself open to blackmail, both overt and covert.

Eric Saxton and Marjorie Treacher gave a very convincing picture of the quietly domestic life of Richard and Laura Medway and their children.

The Rugby dinner was, it seemed, the social highlight of Richard’s social year, and his devoted wife was rightly tolerant of it.

Peter Monger, as his solicitor, added to the general impression of Richard as a solid citizen, liked and respected in his own community, and his advice was what one would expect. Only later, did a certain suspicion begin to grow, as Richard’s two previous convictions for dangerous driving came to light and his eagerness to conceal the truth of the night’s events became obvious.

It takes all sorts to attend a Rugby dinner. Bob Webb gave an admirable portrayal of a confident, rather pushing carpet salesman (a new carpet the price of silence?), while Tom Stephens portrayed a furtive blackmailer, out for the main chance, though certainly egged on by his aggressive and pseudo-self-righteous wife.

Seen, but not heard, was Richard Barrell, as the police sergeant; and heard, but not seen, was Harry Gray, as the news-reader.

During rehearsals all the cast found the language of this play – although only 20 years old – stilted and unconversational. They paraphrased it slightly to make it come more comfortably off the tongue. Even so, on Friday, Eric Saxton needed some prompting, which slightly marred an excellent performance in the very onerous principal role. He accurately conveyed the anxiety felt by Richard Medway, though there was throughout a callous unconcern for the family of the dead cyclist.

There was no question whatever that Friday’s audience was wholly absorbed in the story. I don’t want to detract from Nick Robert’s pleasure in the deserved applause he received as the inspector, but I felt that it partly stemmed from a sense of relief that Richard had been cleared by the evidence the inspector produced.

And to that extent it can answer the question that bothered Compton Players throughout the rehearsals… Was Richard Medway a likeable character or not? In the end they showed that he was.

A Shred of Evidence was beautifully staged on a set designed by Eric Saxton, which gave an illusion of vastly more space than actually existed, and with great care in getting both furniture and costumes “in period”. Such details as an old-fashioned black telephone, and fully-fashioned stockings with seams were not overlooked!

This was a very interesting play, which certainly left its audience with something to think about, as well as being good entertainment.

The Compton Players who presented R C Sherriff’s A Shred of Evidence at the Coronation Hall last week, are to be congratulated on an unusual choice of play – a sort of whodunit by a playwright better known as the author of first world war play Journey’s End.
This is a period piece in its way too – dated 1958, with Music While You Work on the radio, cocktails in the cabinet and much talk of rugger and cricket – though no doubt this last still goes on in suburban Guilford today. It proved quite a tough task for the actors, especially in the memorising of long speeches, but was well cast and on the whole convincingly produced by Molly Gray.

The leading part of Richard Medway – the man who may or may not have killed a cyclist when driving home drunk from a rugger dinner – was played with sincerity (and excellent voice) by Eric Saxton. Sincerity was the keynote too of Marjorie Treacher’s sympathetic performance as his wife. Peter Monger as a smooth lawyer friend and Nick Roberts as a stolid police inspector were both well in character. Bob Webb introduced a welcome note of comedy as an insufferable carpet manufacturer and Tom Stephens was suitably sinister as a blackmailer. Sue Roberts as the ambitious daughter and Mary Warrington completed the cast.

I must confess to being shocked by the dénouement, which implied that it was all right to drive home drunk from a rugger dinner as long as you only hit a lamp post – not a cyclist. Let’s hope our point of view has changed since 1958. 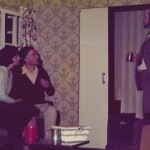 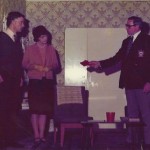 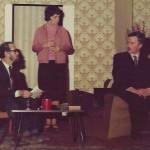 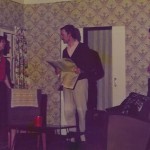 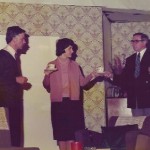 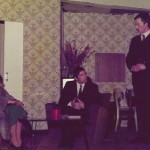 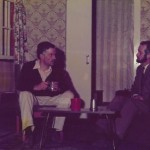 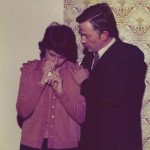 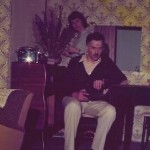