Eccentric Aunt Bijou, the linchpin of the action, is plagued by indigestion, making secret bets at the racetrack with the housekeeping money and certain of her own opinion on every matter.

Despite an epidemic of laryngitis among the cast of M J Farrell and J Perry’s Dazzling Prospects, Compton Players succeeded in presenting a lively and thoroughly enjoyable production at the Coronation Hall, Compton, last week. It started a little slowly, but soon gathered momentum and kept up a brisk pace to the end.

Central character, in this very light-hearted comedy, is Bijou Furze, the maiden aunt of Joan Byrne, who makes her home with Joan and her family, in the farm-cum-racing stable which has belonged to their family for generations. The farm is now mortgaged to John Sheedy, a really hard-bitten racehorse owner, who is not above resorting to dope to ensure his horse’s success in the big race. Come to that, Aunt Bijou aided and abetted by Martin Mahoney, has a few unorthodox ideas to speed on a reluctant horse herself…

Elizabeth Saxton gave an excellent performance as Bijou, and her make-up which completely transformed her into an old lady was a great credit to the make-up artist, Phyl Meakins.

Living with an autocratic old lady like Bijou is not easy, and Carolyn Williams ably portrayed Joan, the kindly flustered niece, torn between devotion to Bijou and the need to keep the right side of the Sheedys whom Bijou hated. Sally Reid played the maid, Breda Phelan, with gusto, and, like Roger Gray (Martin Mahoney), with a convincing Irish accent.

Wisely, I think, most of the cast did not attempt an Irish accent and although the play is set in Ireland, this was no detriment to it. Mike Williams, usually busy behind the scenes, was very confident as the villain of the piece, John Sheedy, while Mary Warrington (nee Herring) was very arch as the flirtatious wife. Lynne Stephens made her first appearance as the rather hippy niece, Aroon, while her father Tom Stephens was comfortingly devoted as Joan’s husband. Tony Coles was likeable as the reluctant jockey, who (predictably) winds up as winner of the big race and the girl!

Molly Gray was producer, and was supported by an able team of backstage workers.

Their next production in May will be in the nature of a premiere, as they are to present an unpublished play by Georgina Reid – Flowers of Sulphur.

Putting on a racing play in Compton is akin to giving a private showing of I’m All Right Jack in a British Leyland works canteen: there will always be a few in the audience looking for technical faults and thereby losing the impact of the play as a whole. The Compton Players took ths chance when they staged Dazzling Prospect by M J Farrell and J Perry on 24th, 25th & 26th October and, apart from one bloomer over the settlement of bets on a horse subject to a routine dope test, D.R.Y. Martini, my technical adviser, tells me that there were no important inaccuracies.

The outlook is fraught with anxiety for Michael and Joan Byrne who train a small string of chasers on their Irish farm: their wealthiest owners, the Sheedys, are demanding instant results from the stable star, King’s Ransome, or, as an alternative, instant repayment of a substantial loan: their son William, who doubles as farm manager and stable jockey, has lost his confidence in the saddle; and, what’s more, their eccentric maiden aunt, Bijou Furze, for long part of the family, will in no way kowtow to the unpleasant Sheedys. As the day for the big race looms near John Sheedy proposes a change of jockey and a shot of dope for King’s Ransome. Not to be outdone, Aunt Bijou, with the help a stable lad, Martin Mahoney, makes plans herself to chemically enhance the chances of the stable’s second string, The Dazzler, which will now be ridden by William Byrne. After a series of upsets and misfortunes, neither horse is doped, a fortuitous thunderstorm proves the tonic The Dazzler needs and Aunt Bijou lands a substantial coup, thus releasing the Byrnes from their financial worries.

Elizabeth Saxton, as Aunt Bijou, gave her usual competent performance: her good timing, clear diction and stage presence were all there, but in this role I feel she lacked a little needed warmth. Tony Coles was on the portly side for a jockey, but his Irish accent was well maintained throughout. Tom Stephens, on the other hand, as Michael Byrne, did not attempt to put aside his lilting Welsh tones, nor did his performance suffer. Sally Reid (Breda Phelan, the maid) and Carolyn Williams (Joan Byrne) acted well in less rewarding parts. Congratulations to Mary Warrington (nee Herring) on her recent marriage: the part of Wendy Sheedy is a long way removed from the scullery or typing pool and it was good to see her very much at home in a more demanding role. Peter Monger, doyen of the Compton stage, made a brief appearance as Liam the carter: it was fun, but some of his lines were lost in an effort to hold an unaccustomed dialect. Three newcomers to Compton at least, made welcome fist appearances: Mike Williams was convincingly and uncharacteristically nasty as John Sheedy; Lynne Stephens was similarly dizzy as the hippy niece; and a fleeting glimpse of Bob Webb as the doctor bodes well for the future. The Grays have made a welcome return to the Compton Players after an absence abroad. The part of Martin Mahoney must have proved a sore temptation to overplay but Roger Gray, who has had this tendency in the past, resisted it throughout and his performance, his best yet, was all the more amusing. He also kept up a convincing Irish accent.

Once again Molly Gray was in the producer’s chair. The opening minutes of this type of comedy are always a worry there is so much explaining to do and so little action. However, after a depressingly slow opening scene, the tempo of the play rapidly increased and, under Molly’s expert guidance, her cast was going a good gallop throughout the second act.

The set, sound, make-up and multitude of other backstage and front of house activities which combine to make a successful production and which , if they are skilfully carried out, are so little noticed by the audience were all up to their usual high standards.

On a sadder note it must be reported that a rumour that Sandy Walton, connected with so many Compton plays in the fifties and early sixties, had died in Greece has now been confirmed. 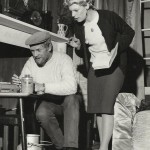 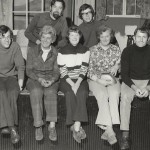 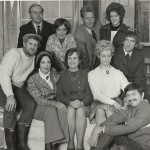 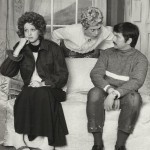