by Keith Waterhouse and Willis Hall

This play concerns a party which is heard but not seen, and the effect those jollifications have on the lives of two couples; Robin and Emma, and Peter and Polly.

It sounds as though it would be a jolly family play, with a children’s party in progress off stage, and a running commentary being maintained by the various adults who were not still in the kitchen preparing food.

Instead it turned out to be a rather sordid story of the breakdown and patch-up of one marriage – largely blamed on the children – and the imminent breakdown of another, which looked as if it might be precariously held together by the prospective arrival of another definitely unplanned, babe.

The children indeed sounded so unwanted, and such little horrors, and the battle of the sexes so bitter, that the play left me feeling depressed.

Admittedly there were some very witty lines, but not all of them made an impact on Friday’s audience, and on the whole it did not seem to me the comedy which the Players themselves certainly found it.

Setting aside my personal reactions to the play itself, it must be said that the staging lighting, sound and technical effects were as efficiently carried out as always at Compton. The play was produced by Eric Saxton, who had designed the set – again totally different from any previously used, and very appropriate to the play.

Molly Gray took the principal and onerous role of Emma Partridge, with Peter Monger as her estranged husband, and newcomer Royce Treacher (well-known to ARC audiences) as Emma’s solicitor, with too close a personal interest in the outcome of her divorce.

Marjorie Treacher played Emma’s somewhat acid friend, Polly, with David Baird as her flighty husband. Sue Roberts, making her stage debut, was suitably young and ingenuous as the mother’s help, Mavis. Mary Warrington was Sophie Lovelady, the quite remarkably glamorous woman who made a hobby of breaking marriages.

There must be some special glamour about publishers of very twee but money-making children’s books – this is the second play this month about such a publisher! There was some very good stage-business by David Baird, who, as Peter Butler, proved young enough at heart to enjoy a children’s book, and to play a childish game of “Simon says….”

This was the eleventh play I have seen performed by the Compton Players, but it was the first one that I have not enjoyed. I think the reason lies with the choice of play rather than with the players. This very good company can usually be relied upon to produce good family entertainment, but to me, this particular play struck a discordant note. Other people may well have reacted very differently. 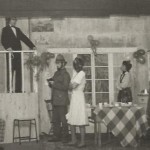 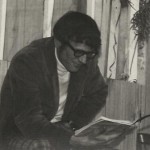 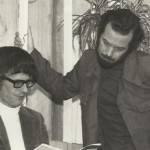 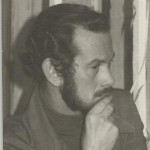 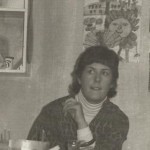 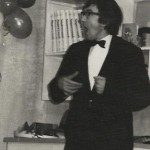 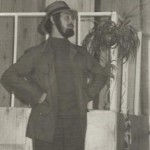 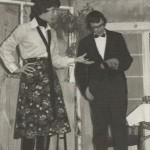 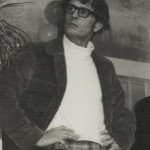 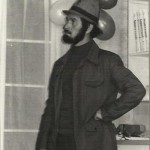