Hilarious comedy was a jubilee riot

The Compton Players’ performance of The Foreigner wasn’t just good; it wasn’t even plain great; it was nothing short of absolutely brilliant. It had power and panache. The acting was great, the set was great and the packed audience who loved it was great.

You will forgive me if I don’t explain the details of the plot to you; I became so engrossed and rolled about laughing so much that I kept forgetting to take notes.

Set in modern times at a fishing lodge in Georgia, USA, Froggy attempts to help his shy friend Charlie who is due to stay at the lodge for a few days. He tells the locals that Charlie is unable to speak or understand English. And being convinced he doesn’t understand them (“Nobody can keep a secret like Charlie can,” says Catherine) the locals unwittingly allow him to become privy to all their intrigue and dastardly plots against each other. With this privileged knowledge Charlie eventually becomes the hero, stopping the Rev. David trying to marry purely for money and stopping the Klu Klux Klan dead in its tracks.

It would be very difficult and very unfair to single out any particular actor as being the best; frankly they were all extremely good. The Compton Players must have worked very hard to have produced such a product as good as this which celebrates their Golden Jubilee from 1947 – 1997.

The Foreigner is a play by Larry Shue and starred Nicholas Lyndhurst in its West End production. 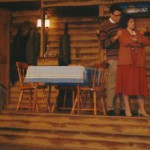 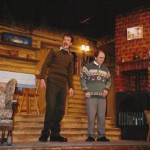 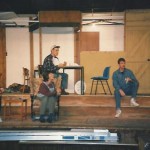 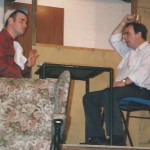 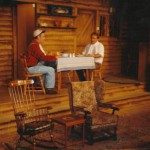 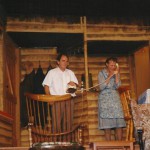 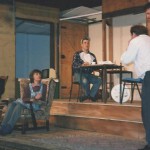 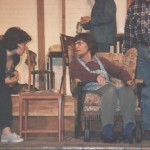 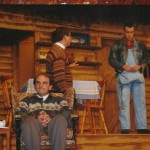 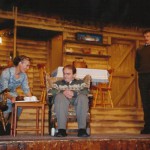 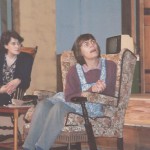 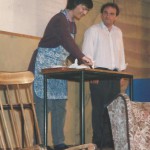 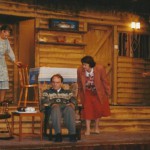 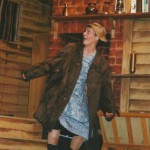 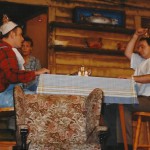 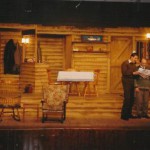 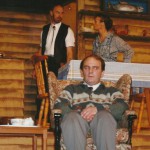 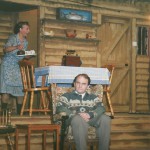 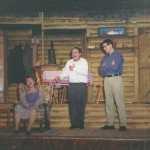 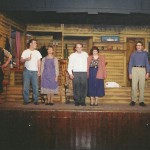