The Compton Players are heading back to school for their latest production, The Happiest Days of Your Life by John Dighton. The pupils and teachers of St Swithin’s girls’ school are relocated to alternative accommodation as their own school has been a casualty of wartime bombing. Thanks to a bureaucratic mix-up, they wind up sharing the quarters of a boys’ school (Hilary Hall).
The harried headmaster and headmistress, try to keep visiting parents from discovering the dilemma as the whole thing turns into a battle of the sexes. Add in a mystery ‘tool bag treacler’, a militant caretaker and a pinch of romance and you have all the ingredients for a rip roaring farce. The play itself was turned into a very memorable film of the same title starring Margaret Rutherford and Alastair Sim.

This comedy was first performed at the Apollo Theatre, London, in 1948. Author John Dighton wrote the play and then part-wrote the screenplay for the very successful film version in 1950. Countless productions have followed, both professional and amateur, and performing it is OK if you are careful not to attempt to imitate the inimitable Margaret Rutherford, Alastair Sim and Joyce Grenfell from the movie.

It is 1948, war is over but austerity reigns. A bomb-damaged girls’ schools means that pupils and staff must be housed elsewhere, but a Government mix up sends them off to a boys’ school. Cue much distress, many misunderstandings, some courting – both serious and frivolous – and plenty of comic characters.

Compton’s production got off to a rather slow start, with the actors appearing to tread gently, tentatively into their roles on this first night and it did slow the action down. The acting was very good from all the cast, with Eric Saxton as a natural, old-style headmaster who formed his own character with never a (visible) backward glance at Alastair Sim. Mary Warrington played the girls’ headmistress with a fair mixture of self-importance and bombasity, and Helen Saxton gave a strong portrayal of the hyperactive Miss Gossage, with only a couple of ‘Grenfellisms’ (and they may even have been subconscious). Chris Billingham and Shane Lambourne did well as the double-act twin schoolmasters, and caretaker Rainbow was played for successful comic effect by Charlie East. Young pupil Hopcroft Minor was played with good timing and real acting skill by 12-year-old Cameron Pearce. Lauren Adams and Holly Lucas were also impressive and smaller parts were nicely characterised.

But – and it is a big but – this was farce and needed comic timing and fast pace and the pacing simply wasn’t there. Actors need to come on stage swiftly, on cue, as others leave, almost overlapping, but this rarely happened. Sometimes actors were left on stage waiting for the next line which couldn’t arrive until the other actor did.

The set had a nice line in post-war, dull brown paint, and sparse furniture and Fittings, and costumes were good. Pity about that pacing but perhaps it picked up on subsequent nights. 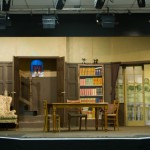 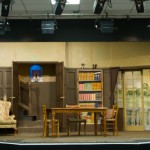 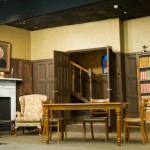 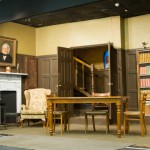 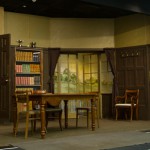 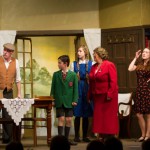 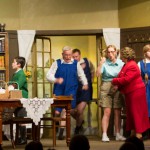 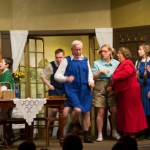 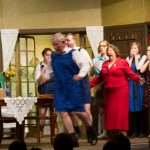 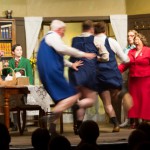 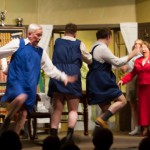 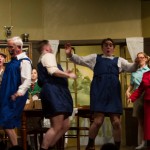 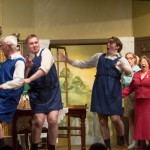 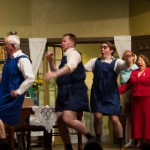 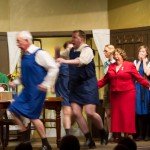 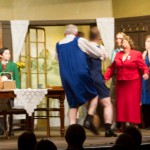 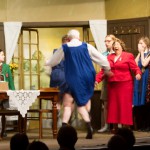 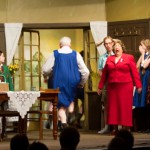 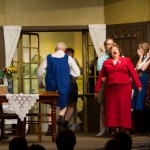 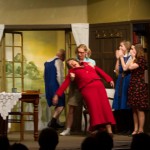 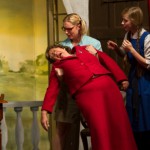