A young country vicar is spurred into action to protect his young ward, when she is blackmailed. 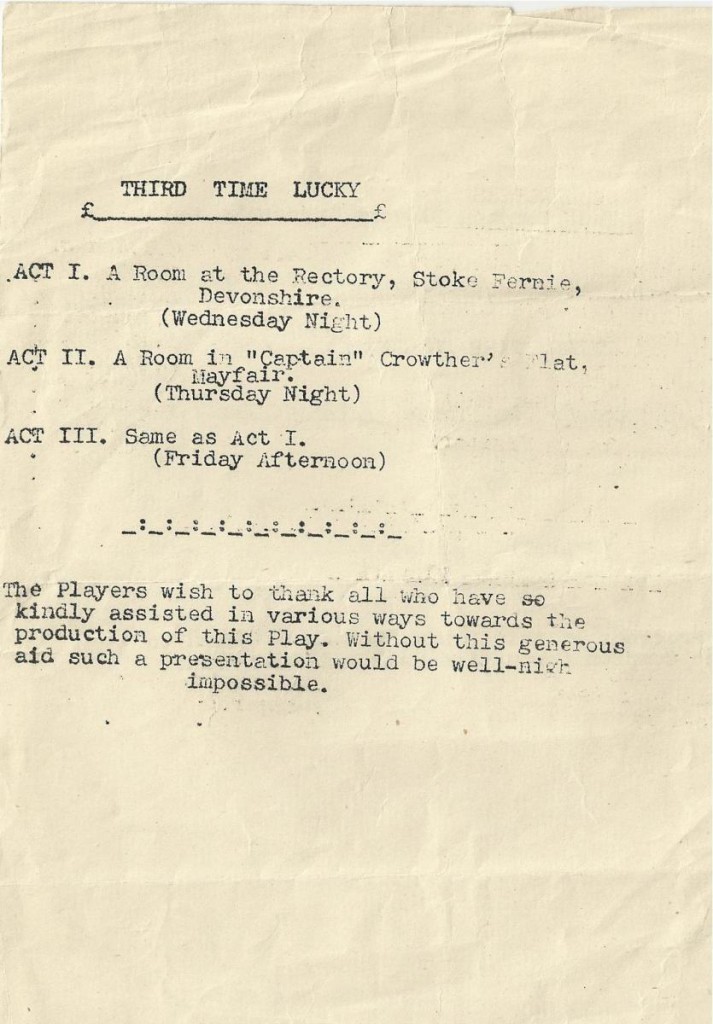 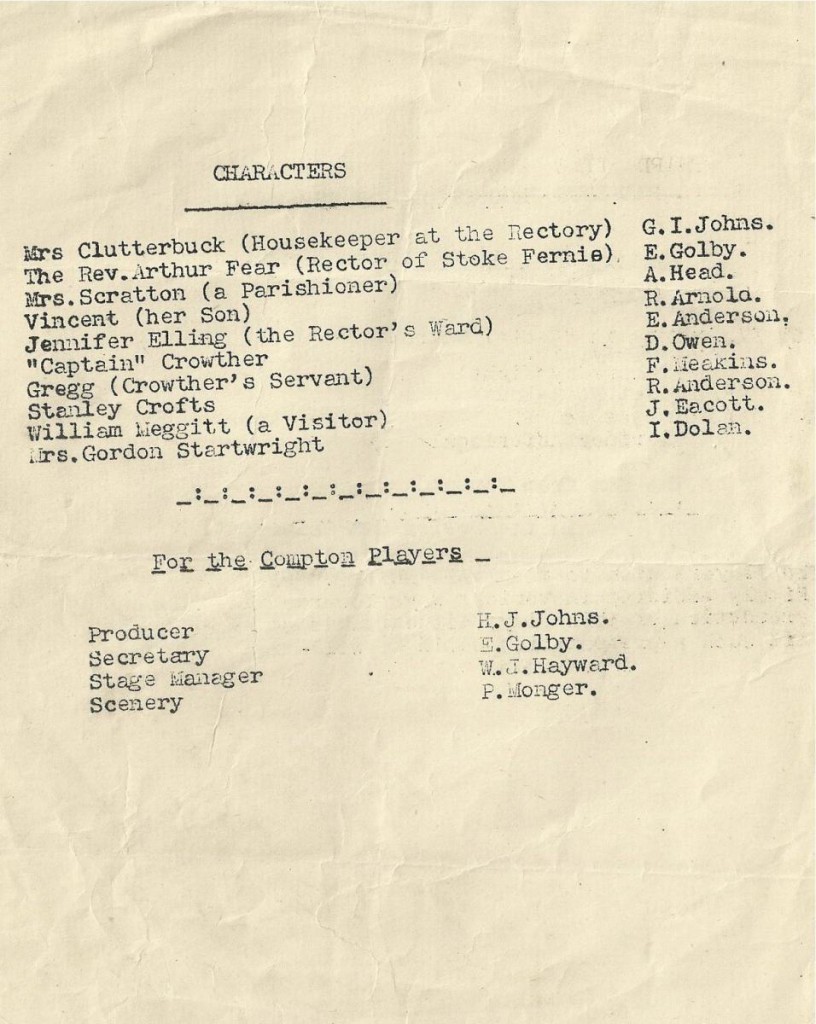 Proceeds from two evening performances of Third Time Lucky, a comedy by Arnold Ridley, given by Compton Players, were devoted to Compton Coronation Hall building fund.

The play drew enthusiastic audiences to the Village Hall and they fully appreciated the rich humour in the situation of a quiet rural vicar, skilfully portrayed by Ernest Golby, becoming involved in safe –breaking with the aid of a professional burglar. A newcomer to the Players, John Eacott, entered fully into the latter character, and later dressed as Archdeacon Chipping, was superbly funny. The part of vicar’s ward, Jennifer, whose indiscretions were the cause of the extraordinary situations, was in the experienced hands of Eileen Anderson.

Derek Owen, as the gentleman blackmailer, Crowther, was suavely perfect. His pawn, Crofts, to whom Jennifer had impetuously become engaged, was effectively portrayed by Ronald Anderson. The rector of Stoke Fernie had been cosseted since a baby by his present housekeeper, Mrs Clutterbuck, played with complete assurance by Gladys Johns. Although not appearing until the third act, Mrs Gordon Startwright, a devoted Church worker, had magnificent opportunities for farcical situations, and these were artfully exploited by Iza Dolan.

The smaller parts, important to the development of the plot were well interpreted by Ann Head as the loquacious Mrs Scratton, Robert Arnold as her son, a floundering hobbledehoy, and Frank Meakins as Gregg, manservant to “Captain” Crowther.

The play was produced by Mr H J Johns, with the assistance in stage sets of Messrs W J Hayward and Peter Monger.