Emma returns after a disappearance of several years and is suffering severely with amnesia. Why does she seem familiar with certain Russian phrases? Why such a horror of a harmless silver bell, of a portrait on the wall, of knives? Is she really Emma Cranwell? A chilling mystery set at the turn of the century.

Perfect set, but lack of pace

Compton Players’ latest production, The Edge of Darkness, by Brian Clemens, played in the Coronation Hall, Compton on Thursday, Friday and Saturday of last week.

The play is a Victorian thriller and much care had been taken to reproduce to the last detail the many embellishments of a Victorian drawing room. The set had been superbly designed, and incorporated an ingeniously constructed staircase, as well as most realistic gas mantel lights.
The action was set in the newly acquired home of Max and Laura Cranwell, played by Peter Monger and Marjorie Treacher. They bring home their daughter Emma, who has lost her memory, and who was played by Marianne Smith.

The exacting role of the maid, Penny, was taken by Tracey Brett in her first major role for the Players. Although she took a little time to settle into her character, she warmed to the part and the audience much appreciated the touches of humour which she provided. Mike Long played the manservant, Hardy.

Emma’s true identity is revealed by the arrival of Livago, excellently portrayed by Paul Shave. The situation is saved in the nick of time by Hardy, who reveals himself to be a police officer, and takes charge of the situation.

Producer Eric Saxton is capable and experienced, but the play got off to a disappointingly slow start, and much of the melodrama which could have resulted from the period and nature of the plot was not sustained.

Although the set was perfect and the individual performances were, at times, inspired, the whole seemed to lack sufficient pace and spontaneity, and even the enthusiasm of a full Saturday night audience was not sufficient to lift what sadly resulted in an unconvincing performance. 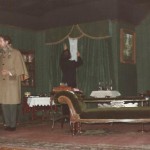 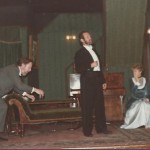 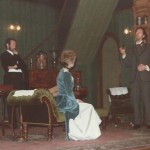 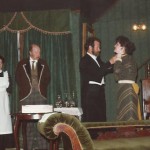 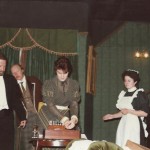 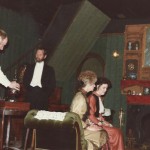 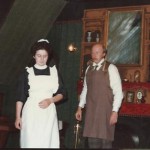 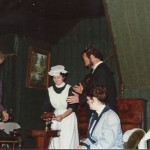 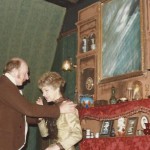