This hilarious spoof of the Agatha Christie genre is set in a country manor house in the 1930s, with an assembled cast of characters guaranteed to delight.

The play introduces the inept and bungling Inspector Pratt, who battles against the odds and his own incompetence to solve the murder of the house’s owner. It soon becomes clear that the murderer isn’t finished yet, but will the miscreant be unmasked before everyone else has met their doom, or will the audience die laughing first? 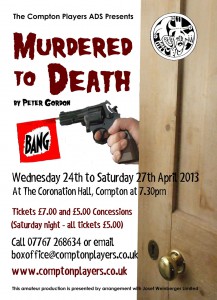 While over at Compton, the thick plottens…

For the play Murdered to Death, by Peter Gordon, think Pink Panther and Inspector Clouseau transferred to an English country house in the 1930s.

There is no doubt about it, apart from the French accent (remember ‘ders your durg bite’?) this police Inspector is a dead ringer for Peter Sellers’ creation in the Pink Panther movies. Inspector Pratt makes all the same errors, is clumsy and dangerous, especially when he shoots his own police constable in the foot and, whenever someone else is on the right track, that’s the one he was just coming to.

This is a very funny play, a spoof of every Agatha Christie piece where typical English folk are gathered in a country house and the murderer is only revealed just before the last curtain.

Compton Players took this amusing piece and shook it out for every nuance of comedy and character development. Andy Nunn was a typical old style Colonel, Mandy Clark sounding 1930s natural as his wife, Mary Warrington portrayed Mildred with calm assurance and Jenni Collins was a fine Dorothy, her expressions and acting tracing someone who appeared to be a quiet, pleasant young woman at first but gradually showing her as a scheming plotter.

Paul Shave had fun as Bunting, the ill-mannered retainer and Tracey Pierce and Pete Watt did well as a rather crooked pair who were not what they seemed.

Brenda Prior was a somewhat downbeat Miss Maple and Andy Alexander made a good, long-suffering constable.

H Connolly had the best part though, as the bumbling and hopeless Inspector Pratt. A true prat indeed…

The production was smooth and well paced generally, with no sign that it had been directed; a sure sign of very good, unobtrusive direction. Mind you, hemlines were a bit short for the 1930s. Great fun and, as the Inspector said: “The thick plottens, yet again.” 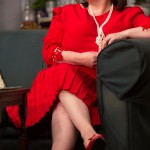 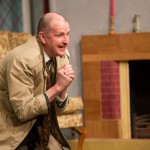 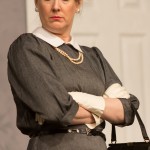 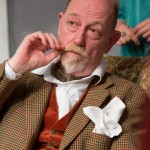 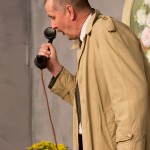 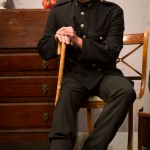 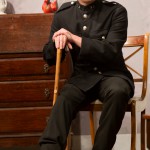 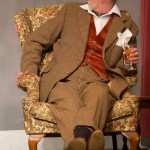 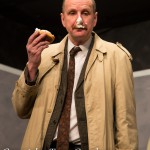 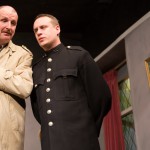 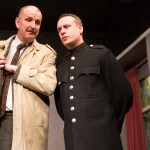 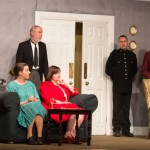 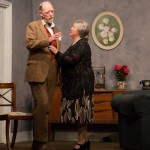 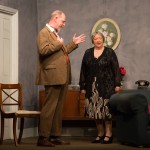 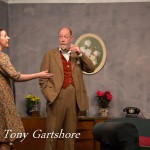 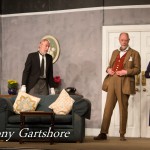 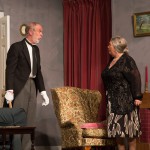