A hilarious farce dealing with a crazy but very likeable gang of bookies who, in order to be near the racecourse, are staying at a country hotel run by a retired colonel and his wife and daughter. Secret rooms, sliding panels, mistaken identity and a nice little bit of romance are some of the main ingredients of this very racy and slick farce, which never lets up for a moment.

[this footnote appeared a fortnight after our production in a round-up of local drama groups’ productions.]

There were, fortunately, some moments of respite in Compton Players’ production of John Chapman’s hilarious farce Dry Rot, otherwise the audience might still be helpless after laughing too much.

A dignified performance from Peter Monger and Pauline Mordue as the very new proprietors of a country inn, with larger-than-life comic villains in the persons of John Sanford, Rob Bell, and Nick Roberts; a lovesick couple played moonily by Eric Saxto and Janet Booth; an overenthusiastic and bungling policewoman played by Marilyn Barrell and Roger Gray’s fast-talking excitable Frenchman all added to the fun. Newcomer Liz Wright was a dream as the slow-witted maid. Producer was Eric Saxton who also designed the very pleasing set. 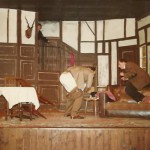 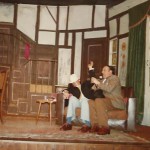 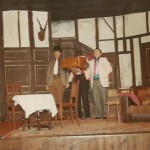 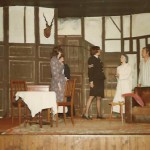 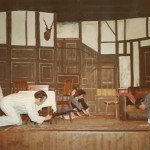 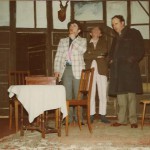 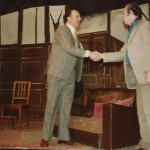 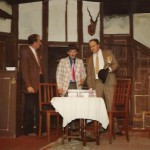 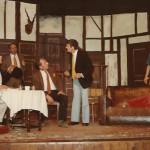 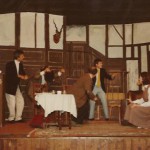 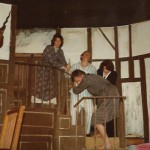 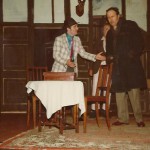 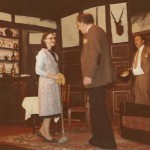