A somewhat sensitive story of a football fan who goes to a bar with a bunch of his pals and is goaded into betting that he can sleep with the sassy waitress. What he doesn’t know is that she overhears the bet and decides to call better’s bluff. They take off to her apartment and carry on an all-night conversation in which finally ends in less talk and more tickle… 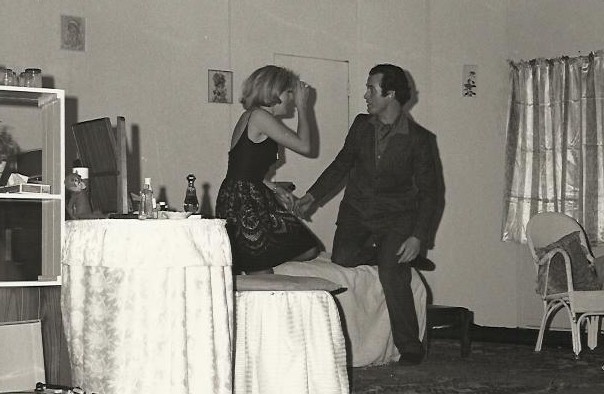 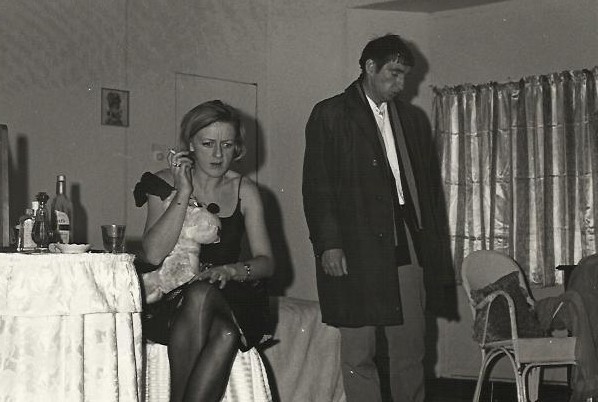 Compton Players scored another success with their presentation last week of Rattle of a Simple Man, a comedy by Charles Dyer with a cast of only three.

The story concerns a very “innocent” country boy from Wales in London for a football match and a professional good-time girl that he met during celebrations after the match. The action takes place in the girl’s basement flat and the situations that arose were hilarious.

It was very good to see Louise Stanlake back on the stage again and in the leading role of Cyrenne she was marvellous being in turn; cynical, quizzical, and frankly disbelieving that anyone as truly simple as Tom could really exist, and then, finally accepting that he was different from her usual clients, sitting drinking tea and listening to his views on life.

Tom Stephens as the shy and awkward young man was exactly right for the part and it was almost possible to feel his embarrassment when Cyrenne used some of her everyday expressions that were alien to him.

The supporting role of Richard, brother of Cyrenne was well played by Peter Monger. Production was by Frank Meakins.