Greg and Ginny are living together, but Greg is becoming somewhat suspicious that he is not the only man in her life. He wonders about Ginny’s plan ‘to visit her parents’ and decides to follow her. Ginny is really going to see a considerably older lover, but only in order to break with him. Greg mistakes the ex-lover and his wife for Ginny’s parents. Ginny’s arrival further compounds an already wildly hilarious situation.

Next time Compton Players stage a comedy, it might be an idea for them to insure against injuries to the audience caused by excessive laughter! Although their production of Alan Ayckbourn’s Relatively Speaking was the fourth time I have seen this play, I laughed until I ached.

How the cast kept straight faces, I could not think, but they confided after the show, that after six weeks of rehearsal they become not only immune to it but heartily thankful when it was over. So you can have too much of a good thing!

To be fair, I did not find the whole of the play so hilarious. The first scene in Ginny’s bed-sitter in London, is very slow-moving and not very funny, despite the best efforts of Philip Seymour, as Ginny’s latest boyfriend, to enliven the scene with much stage business. I have thought before, and still think, that the playwright could profitably have shortened the scene, although I admit that the establishment of the relationship between Ginny and Greg, and her previous relationship with Philip, is necessary in order to understand the rest of the play. The real hilarity, however, begins when the scene shifts to Philip’s home in the country.

Under the impression that Ginny is going to visit her parents, Greg arrives at Philip’s home before her and introduces himself to Philip’s wife, Sheila. Being a charming well-bred and hospitable person she invites him to lunch.

Enter Ginny, Philip’s former secretary who is also invited to lunch, and then begins one of the dottiest conversations imaginable, with everyone at cross-purposes, and the audience rocking with laughter.

With only four people in the cast, each has a very large role to play. For Mary Warrington who played Ginny, this was her first major role, although she has taken part in many plays at Compton. She portrayed Ginny as a rather naïve young woman, though I felt that she could have brought a little more sophistication to the part.

Greg certainly was a naïve young man, and convincingly so as presented by Philip Seymour.

The older couple, Philip and Sheila, were very competently played by Eric and Elizabeth Saxton, playing husband and wife on stage for the first time. The teamwork produced by the four was excellent, and the rapid give and take of dialogue very well paced.

Besides taking part in the play, Eric Saxton designed and made the sets. For the first time, the group had chosen a play that required a change of scene, and this was very well accomplished.

The change from Ginny’s poster-hung bed-sitter, to the patio of Philip’s highly desirable residence in Lower Pendon, Bucks, with its background of willows, won a much merited round of spontaneous applause, from the audience.

Molly Gray was the producer, with Bob Webb assisting and stage managing.

The players’ next production will be at the end of April. 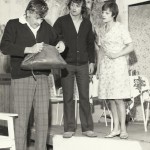 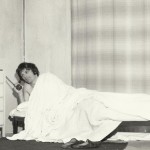 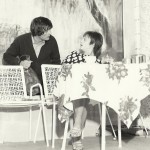 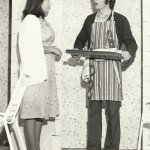 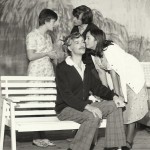 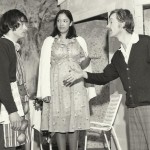 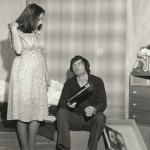 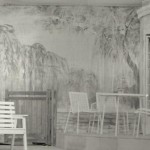 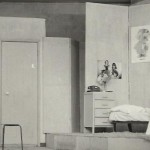 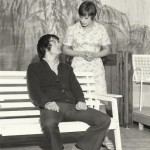 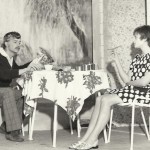 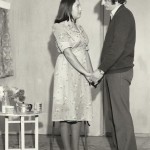 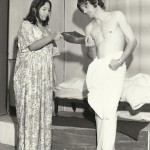