A wife is torn between her ailing husband and her potential new lover, when her and her step children’s worlds are turned upside down when a new wonder drug is discovered to help her husband back to miraculous good health. 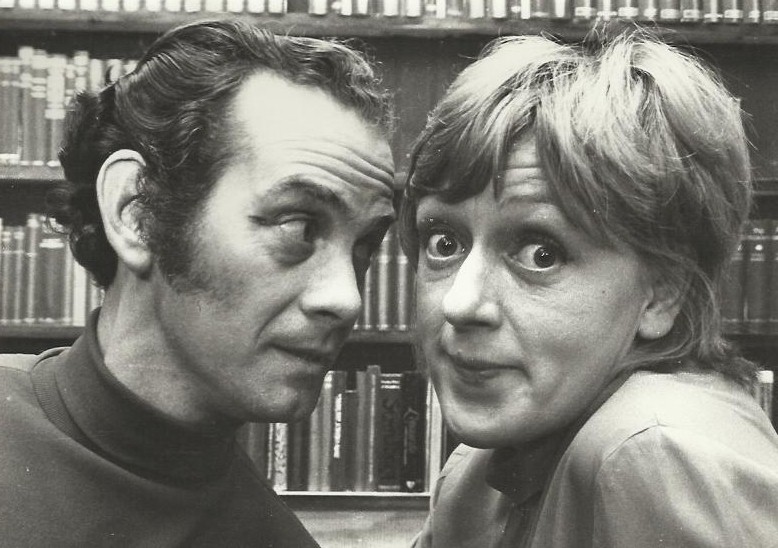 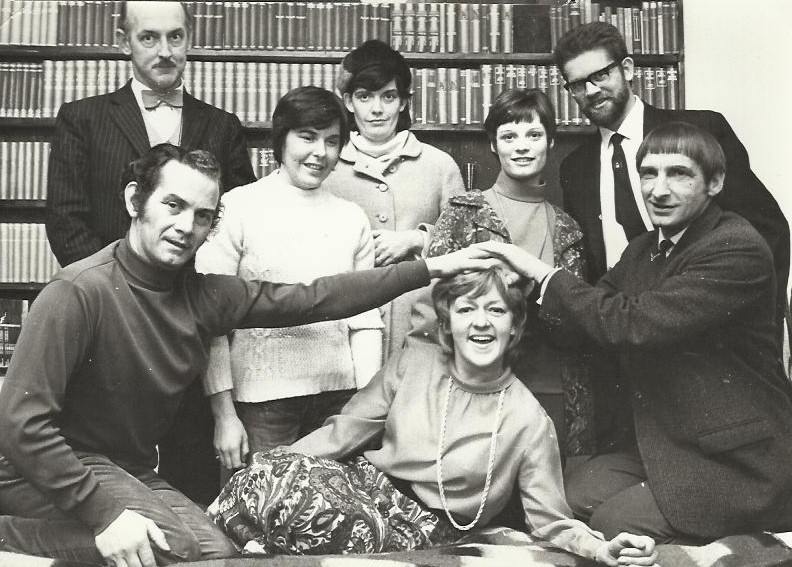 Compton Players’ production last week of Gerald Savory’s The Twinkling of an Eye was well-staged, bright and lively. Produced by Molly Gray, it maintained a really good pace – and on Thursday it seemed to be over all too quickly, nevertheless leaving the audience with a warm glow of satisfaction at the way everything turned out. It had, in fact, a good old-fashioned box-office ending to an otherwise modern and sophisticated comedy.
Loud and clear throughout the play came the message that “everyone needs to be needed,” but the play was by no means a heavy sermon, but light, lively and full of humour.

Tom Stephens and Louise Stanlake were well-cast in the leading roles of Stephen Graythorne and his second wife Hilary, playing their parts with maturity and conviction, while Kate Jones and Roger Gray, as Stephen’s two children by his first marriage both succeeded in achieving a complete metamorphosis during the course of the play. As Patricia, Kate Jones appeared first as a gawky young woman, fussing over her father’s health and comfort. Her first efforts at fashionable dressing were among the visual highlights of the play.

Peter Monger played Peter Carroway, Hilary’s frustrated would-be lover, and Elizabeth Saxton made several breath-taking appearances as the bustling fast-talking woman doctor whose briskness would surely either shock her patients back to health or finish them off completely. John Webster played the rather doddery Sir Cavin Marquand, and Sally Reid, a daily help.
The set was designed by Molly Gray and members of the cast. Bookings were good for the last two nights of the show, and Thursday’s audience, although not large, was very appreciative. This is a well-established company and deserves support. Its next production is in May.

It has always been my regret that the days of the Repertory Theatre are dead and gone. Amateur dramatics thrive however and, to me, the Compton Players are my ‘Local Rep’. Their productions are staged only two or three times a year but I look forward to seeing each time some familiar faces, some new ones, and always a fresh approach to a fresh play and set of characters. Their handling of Gerald Savory’s The Twinkling of an Eye, which they performed in the Coronation Hall on October 26th, 27th and 28th, did not disappoint me, but I must admit the play itself did. At times it showed flashes of pace and wit but all too often, through no fault of the players or production, the action dragged.

The plot was tortuous and contrived; Hilary Graythorne, the Managing Director’s young second wife, bowled over by the smooth charms of a London restaurateur, wants to leave her ailing husband and grown-up children but, although she is allowed to contribute little to his nursing and well-being, she will not leave while he is an invalid. Thanks to an American miracle drug he suddenly recovers completely. However, his new found vitality splits the Board of Directors and his children, both of whom have come to rely on him to rely on them, go gently off the rails. Thus Hilary finds herself with more problems to solve before she can allow herself to leave. Eventually all is sorted out and, predictably, she finally realises that her true place is after all at her husband’s side.

Louise Stanlake’s imminent departure to the West of England will be a great loss to the Compton Players. She needed all her experience to bring out the best in the demanding role of Hilary Graythorne, torn between her new-found lover and loyalty to her husband. Suffice it to say that she entirely succeeded. It was good to see Tom Stephens on stage again in a major part. Tom has the secret of eternal youth and visually he was not entirely convincing as the father of grown-up children, but happily he resisted the temptation of a ‘heavy’ make-up and his clear, lilting diction was a joy to the ear. Kate Jones and Roger Gray as his children, growing up late in life, blended a skilful mixture of humour and pathos: Roger improves each time I see him act. Liz Saxton is very professional: her protayal of the ‘with it’ doctor left me almost breathless, while Peter Monger put up a sound and restrained performance as the thwarted lover. Sally Reid and John Webster, both excellent character players, were in their usual good form in smaller parts.

If I have reservations about the play itself, I certainly have none about Molly Gray’s ability as a producer. She had the advantage of a well-balanced and experienced cast and she exploited its gifts to the full. Molly seems equally at home on stage and off and I hope we will be seeing much more of both aspects of her talents in the future.

It used to be said that audibility was a problem in the Coronation Hall. This is no longer so: owing to a desire for refreshment somewhat stronger than coffee in the interval a group of keen supporters, myself included, made a fleeting visit to the ‘Local’. On our return, due to a slight miscalculation of the time available, we found the house lights dimmed and curtain rising and, rather than disturb others by our entry, we watched the remainder of the play from the back row. We heard every word. Are the acoustics better now? Or the acting and production better? Nothing came over clearer than the ‘rhubarb’ conference off-stage!

Costume, set, lighting and make-up were all up to their usual high standards. I am already looking forward to the next production in early May.