This play set in 1944 has a madcap plot which revolves around five vicars (two of whom aren’t), Miss Skillon the busy-body battleaxe, the vicar’s actress wife, an escaped German prisoner-of-war, and Ida the maid who is not as dim as she seems…

Compton Players’ production of See how They Run by Philip King, which was presented in the Coronation Hall, Compton on Thursday, Friday, and Saturday last week, must surely rate as their best and funniest performance of recent years.

The producer, Eric Saxton, also excellent himself as the absent-minded Reverend Humphrey.
The play is set in 1944 in the vicarage home of the Reverend Toop, played as a delightfully ineffectual vicar by Dave Hawkins, and revolves around a series of mistaken identities which result in five clergymen appearing on stage at one point, only three of whom are genuine. The company’s timing was perfect and the larger than life characters moved swiftly from one hilarious situation to the next. Mrs Toop, the ex-actress and bishop’s niece was played with confidence by Marjorie Treacher. A simple night out with an old friend from the stage, played by Nick Roberts, begins the series of misunderstandings. The part of the interfering village spinster was played with skill by Liz Saxton and Mary Warrington gave a delightfully funny performance as Ida the maid.

The Bishop (Peter Monger) arrives unexpectedly and adds to the confusion. Ian Hickling sustained a very creditable German accent as the escaped prisoner who steals Mr Toop’s clothes, leaving him in his underwear. By the time the audience really did ’See how they ran’ the splendid acting and perfect timing reduced everyone to gales of laughter as the visiting friend, Mr Toop, (still in his underwear), the intruder and the Bishop (in his nightshirt) were involved in a lively chase.

Eventually the sergeant (Charles East) arrived to arrest the intruder and the play ended with another very funny and extremely well played scene where Mrs Toop and her friend explained how the misunderstandings had begun. 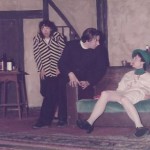 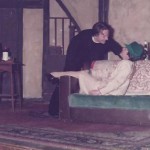 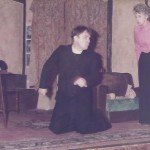 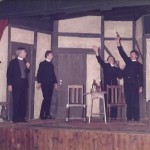 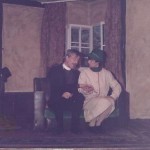 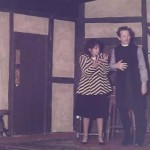 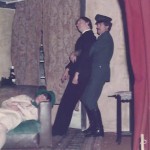 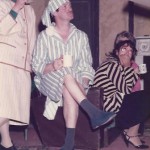 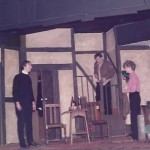 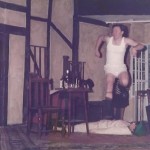 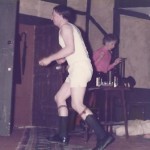 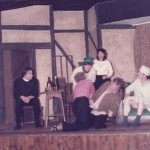 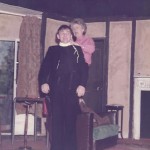