A psychological mystery thriller set in Waverton, a small English village in which, 12 years before, a 6-month-old baby boy was kidnapped.

The play opens on the eve of his older sister’s wedding day. In the middle of the final preparations for the celebration dinner at the Cresswell Arms Inn, John Frost, the Scotland Yard detective who had been in charge of the kidnapping case, returns to Waverton., who is clearly as welcome as winter…

Twelve years earlier the Fulton baby disappeared, apparently kidnapped. The child was never found in the snow-locked village, and inspector Frost returns to try to find out the truth, only to be met with hostility and a feeling of conspiracy.

Author Leslie Sands has created an ingenious chiller, which apart from some uneasy moments of comedy that seem out of place, is well-written, and good entertainment.

The characters were on the whole believable, and although some of the delivery was a bit flat, the actors did warm to their parts and give credible performances. The action took place in the Cresswell Arms, run by Sam and Peggy Fletcher. Nick Roberts as Sam gave a strong performance, though some of his displays of temper were unsubtle. Brenda Prior as Peggy was natural, but occasionally too quiet. The part of Frost was played efficiently and intelligently by Mike Long. This was a difficult part which needed many changes of pace and mood. Mike Long improved as he went along, and his was a most commendable performance. Enid Farr as Pamela Fulton gave an effective portrayal, and her changes of mood were particularly well handled. As the local reporter Bob Marriot, David Hawkins showed a good presence and acting ability. Sir Charles Cresswell, heavily implicated in the plot to conceal the truth, was played stylishly by Peter Monger, and the old family doctor, Miss Merton, was played in doddery fashion by Marjorie Treacher. Last, but by no means least because of her dark secret, was Sarah, the bride-to-be, played with innocence by Jackie Heitzman.

The set was very good, with different levels and interestingly-angled walls – not easy on a small stage – and it was well dressed. However, the lighting was a bit dim at times.
This was a play with a difference, and one in which the actors had to rely on their technique to unfold the plot and create the mood. Whilst the pace was a bit slow to begin with, it turned out to be highly entertaining, and one which I am sure, producer Elizabeth Saxton found rewarding.

Murder and mystery from theatre group

The Compton Players presented the thriller Cats Cradle at the Coronation Hall in Compton last week.

The central character was Inspector Frost (played by Mike Long) who returns to a village after 12 years to unravel the mystery behind a kidnapping and possible murder which happened 12 years ago. He is faced by a conspiracy of silence from the villagers.

As the story unfolds it is revealed that the child was kidnapped by his sister, who because she was jealous took him out and hid him in the snow and frost.

The thriller played to good audiences, with the Coronation Hall packed on Friday and Saturday, and proved a great success. Particular tribute must go to set designer Eric Saxton and the work of the stage manager Alex Farr. 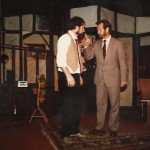 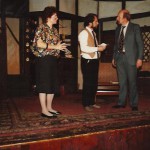 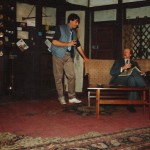 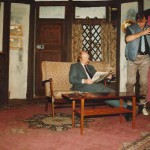 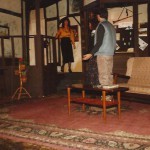 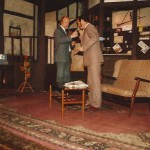 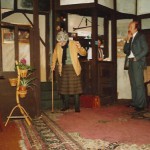 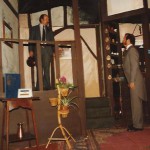 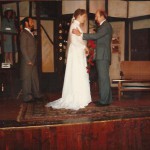 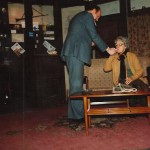 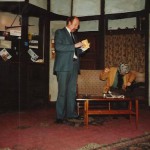 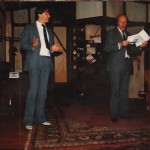 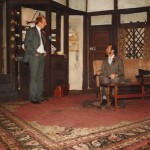 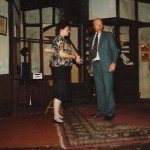 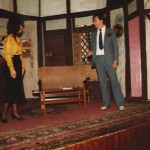 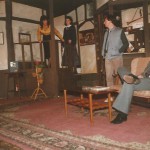 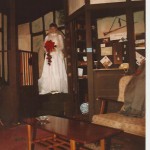