Adapted from the novel by Émile Zola, Thérèse tells the story of a young woman, unhappily married to her first cousin by an overbearing aunt who may seem to be well-intentioned but in many ways is deeply selfish. Thérèse’s husband, Camille, is sickly and egocentric, and when the opportunity arises, Thérèse enters into a turbulent and sordidly passionate affair with one of Camille’s friends, Laurent.

One of the most compelling plays I have seen for a long time was presented by the Compton Players at the Coronation Hall, Compton, last week. An adaptation of a story by Émile Zola, Thomas Job’s play Thérèse is set in Paris in the late 19th century.

At the beginning, Thérèse is married to her pampered hypochondriac cousin, Camille, and they live with his mother Madame Raquin, over their millinery shop. But Thérèse has fallen in love with his best friend, artist Laurent, and one summer’s day, during an outing – at Thérèse’s instigation – drowns Camille making his death appear to be an accident.

Later, with Madame Raquin’s blessing, Thérèse and Laurent marry, but their marriage is soured by guilt. To make matters worse, Madame Raquin overhears them discussing the murder. Before she can go to the police, she has a stroke, and becomes a helpless mute invalid, a constant reproach and threat to them.

Compton Players are noted for their attention to detail and for their high standard of acting, and this play drew some exceptionally fine performances from them. For Molly Gray, the second act, in which she is confined to a wheelchair, and unable to communicate except by the expression in her eyes, was a tour de force and she contributed considerably to the ever-mounting suspense of this enthralling play. Elizabeth Saxton in the onerous title role, showed Thérèse’s frustration manifested, in her first marriage, by resignation, then the eagerly grasped idea of murder, and later the angry frustration of her second marriage.

Eric Saxton’s Laurent was flamboyant in contrast to the appropriately anaemic and fussy Camille, portrayed by Richard Barrell.

The company’s excellent lighting system again came into its own, giving a good representation of gas lighting, and it was good to note from the programme that there is so much liaison and exchange of costumes between local dramatic societies.

The play was produced by Eric Saxton, who also designed the excellent set, and he was assisted in the production by Mary Warrington. Stage manager was Matthew Tulip, assisted by Roger Gray, and Roger and Moly Gray were responsible for the lighting. 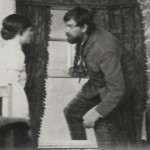 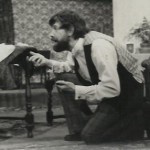 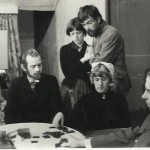 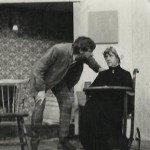 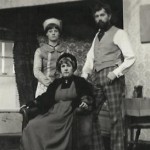 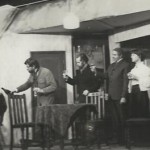 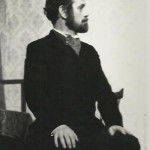 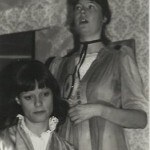 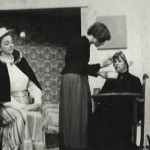 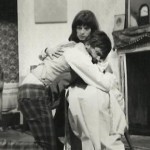 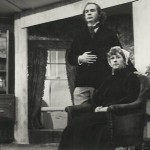 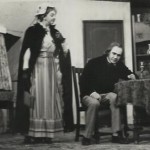 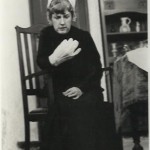 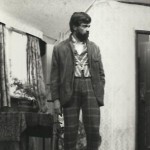