Here’s a picture of Liz and Eric picking up the award! 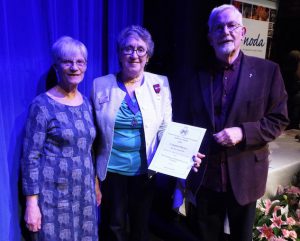