London. 1947. Philip Mackinder is dead. His wife has shot him. In Evil Will Come, a homage to Agatha Christie, a court hears the evidence, and we see the events leading up to the fateful night. What could have driven a respectable pillar of the community to commit such an evil act? 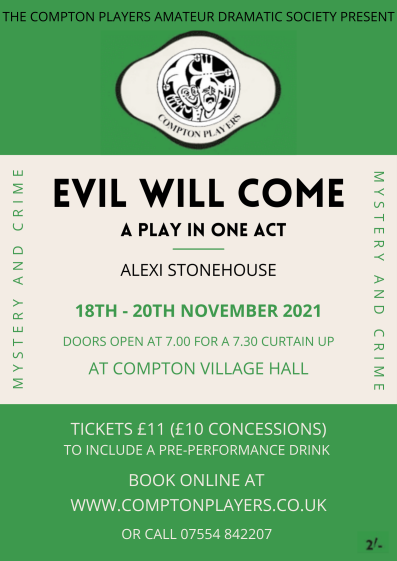 It’s been a long time but we haven’t forgotten about Beyond a Joke and we’re planning to have it as our Spring production in 2022.

Due to the lockdown, the Compton Players Committee have been forced to cancel our 2020 Spring production of Beyond a Joke. We had hoped to revive it in the autumn, but cast commitments and hall availability have meant that isn’t possible and the lockdowns have stopped us from doing it in 2021. BUT we hope to resurrect it as our Spring production next year, 2022.

Jane and Andrew’s pleasant country house is accident prone. Six people have already died there in unfortunate and embarrassing accidents. When daughter Sally’s young man Geoff arrives for the weekend unaware of the house’s reputation, he mistakenly deduces from conversational confusion that the deaths were due to sinister circumstances. 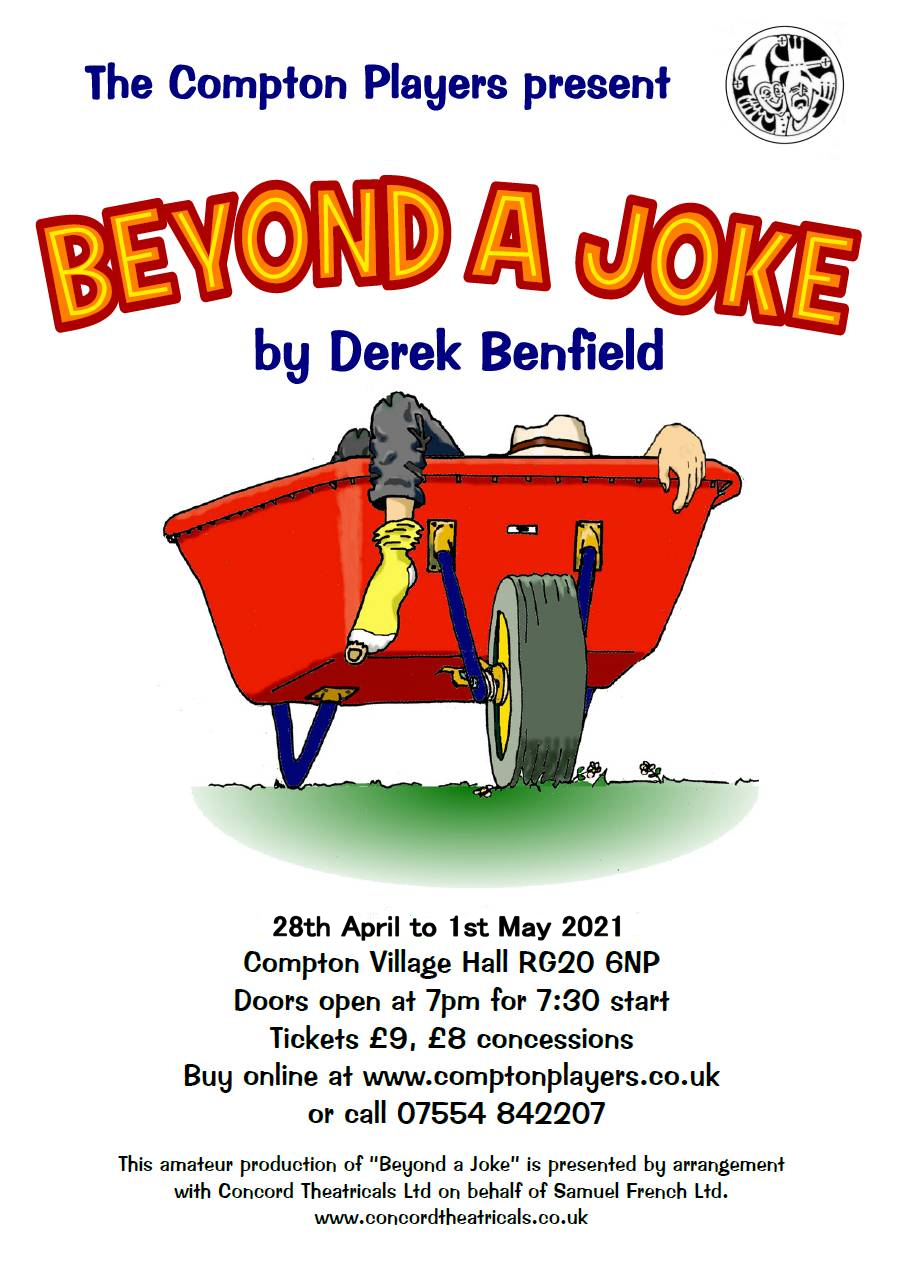 Directed by Brenda Prior